I strongly recommend this movie. It is 3 hours plus long but very worth while. I was never a fan of caption made movies and I did need to watch it a couple of times to get the gist of the story written in history or not it is certainly a beautiful love story. I was never interested in Bollywood movies I am so happy that I did watch it in its entirety. Huge thumbs up for Hrithik Roshan who played his part well, it was almost like the part was made for him. He played it with such passion and oh.... that voice with so much strength and command in some parts. What a passionate, caring, understanding and kind man Akbar must have been. Aishwarya Rai Bachchan also played her part well, such innocence. This movie gave me an insight in to Indian history, religion, customs, and tradition. It made me learn more about Islam and the Muslim faith so beautiful. I live in a beautiful little country call New Zealand. Thank goodness for Netflix I was able to watch Jodha Akbar and Bahubali another excellent movie. 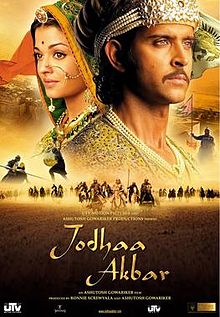