An extremely good movie. Does not haveych inconsistency although the plot is quite complex. Acting by all esp the so beautiful isha is too much. Wonder why it did not get much commercial success. The outlook of the movie is very modern. Hard to believe this was shot in 2002 03 timeframe an released in early 2004. I fond a lot of horror movies created later have copied motifs and themes from this movie full of originality. 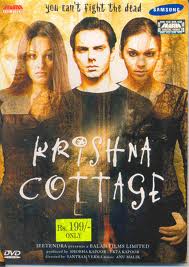