Well,One problem with Kjoâ€™s movie that I had was that I could never connect to the characters. They almost always seemed very filmy type and situations one of those â€˜aisa to bas filmon mein hi hota haiâ€™ (these things happen only in films), but for this movie, I could totally connect to Alizeh (Anushkaâ€™s character) and other characters felt realistic too. Same goes with the situations with little bit of exaggeration at some places Music - The songs of this movie have been rocking the charts long before its release but you are bound to love and appreciate the songs more after the movie. To me, now, the songs have meaning and stories to them. The songs are eargasms with a mushy feeling to the heart. This movie sure was a drag, at some places, to include some of cheekiness that seems to appeal to a lot of Indian audience these days. But the underlying story was very realistic one which makes this movie worth a watch. I would definitely recommend it as a one time watch atleast and two if you love music :). 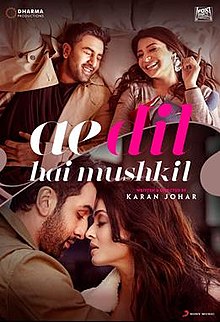