Honestly even tho the setting is based on the high indian society ...the issues it deals within and the relationships intertwined within is relatable to most Indian families. The cast was superb with their on the spot dialogue delivery especially Pluto's narration about the lost words between two people who are together but only know the meaning when apart. Truly one of the best Indian film out there. It isn't clearly made only for entertainment but with a core message at heart to let the heart feel/beat as how it is suppose to and not to confine it under so many layers of what others will say. 10/10. Zoya Akhtar proves herself again as one of the finest directors in Hindi cinema. 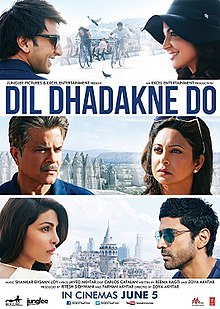