I like movie because it has comedy and some emotional scenes and characters are also best like Katrina Kaif and. Akshay Kumar and etc. Farah Khan's films are best Farah ma'am I would say that you more films like this Tees Maar KhanðŸ˜ŠðŸ˜š 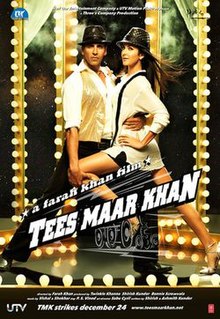